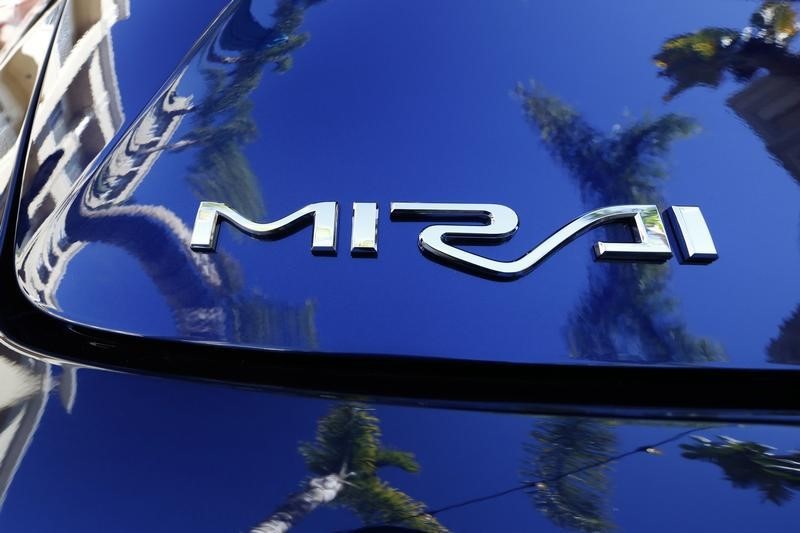 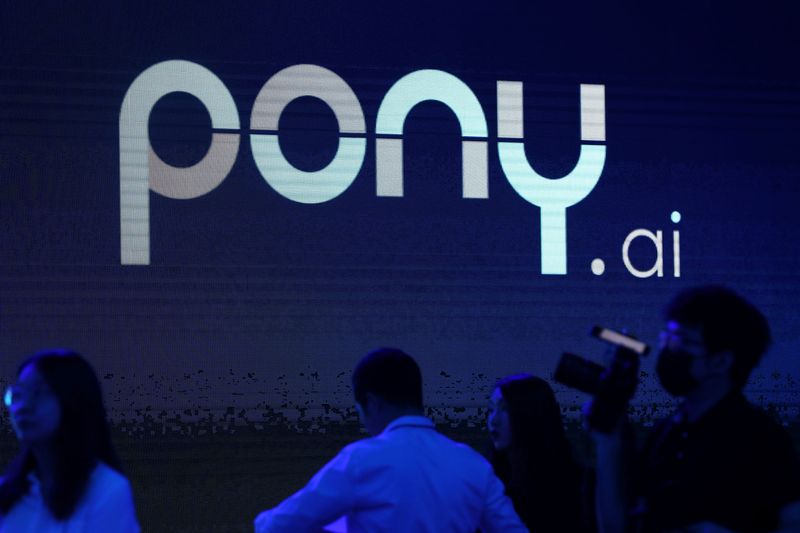 © Reuters. FILE PHOTO: A logo of the autonomous driving technology startup Pony.ai is seen on a screen during an event in Beijing, China May 13, 2021. REUTERS/Tingshu Wang

BEIJING (Reuters) – Self-driving tech company Pony.ai, backed by Toyota Motor (NYSE:) Corp, said on Sunday it has obtained a taxi license in China, which will allow some of its driverless vehicles to start charging fares.

The company said it was the first autonomous driving company in the country to do so.

The startup said it was awarded the license to operate 100 driverless vehicles in the Guangzhou city district of Nansha.

In Beijing, however, rides are being offered in a much smaller, industrial zone on a trial basis, a Pony.ai spokesperson said.

According to the company’s statement, in Nansha it will start charging fares in the entire 800 square km of the district with driverless cars. Passengers can hail and pay for rides with Pony.ai’s own app.

Pony.ai will initially deploy those cars with safety drivers but expects to remove them „over the short to intermediate time frame,“ it said.

The announcement comes at a time when a host of startups are pouring billions of dollars into autonomous technology, aiming to take an early lead in the future of mobility.

Pony.ai has been active in the United States and China, testing its driverless technology on public roads in California’s Fremont and Milpitas, as well as the Chinese cities of Guangzhou and Beijing.

In China, a host of local startups are competing. In recent months, Momenta and automaker SAIC gained official approval for a trial for their robotaxi service in Shanghai’s Jiading district, a move that followed a similar move in Guangzhou by Nissan-baked Weride .

In Shenzhen, Alibaba-backed AutoX is also testing robotaxis — observed by safety drivers — in a highly congested urban area with lots of pedestrian and moped traffic.

Israel stocks lower at close of trade; TA 35 down 1.65% By Investing.com